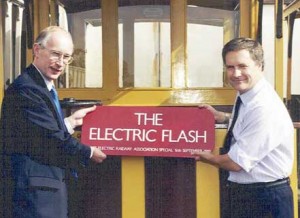 The Volk’s Electric Railway Association – or VERA as it has become known – was launched upon an unsuspecting public on September 16th 1995. Since then it has become an active participant in the restoration, promotion and operation of the line. Pictured right, the Association’s first Chairman, Tim Steven (left), holds the inaugural day headboard with current Volk’s Manager Stuart Strong.

to engineering know-how of its inventor Magnus Volk, but to the dedicated 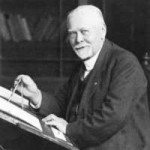 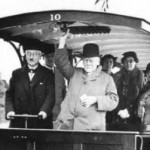 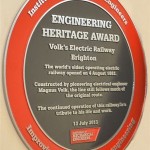 staff to preserve the line for future generations.” Ian Gledhill