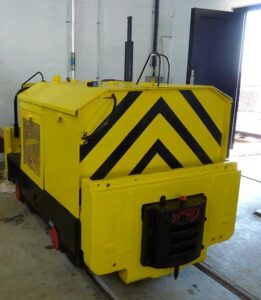 For times when the railway is closed and the power is switched off a small Motor Rail diesel has been purchased from Alan Keef Ltd.

This was the last locomotive to be ordered from Motor Rail although it was actually built byed by Alan Keef Ltd for the Butterley Brick Co. Ltd. and operated at their Star Lane Brickworks. When the brickworks closed it was returned to Alan Keef where it was overhauled before being purchased by Volk’s Railway in 2004. It was the first non electric vehicle to run on the railway and has proved very useful on permanent way trains and for shunting cars when the power is switched off. 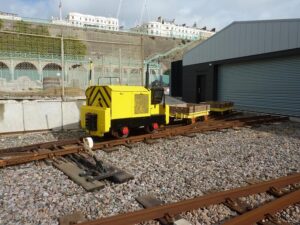