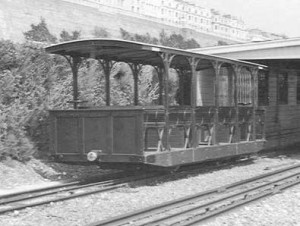 s Car rolled out of Paston Place Works in 1926. Following the original style of Cars 3 & 4 this was a true ‘toastrack’ devoid of any bulkheads. The roof is more curved than the other cars which makes the car just a shade taller at 7’10”, length is 24’7″ and width is 6ft. Traction is provided by a Compagnie Electrique Belge 8hp motor driving one axle direct via a single reduction gear.

Over the years there have been a few modification to the car but the main change was the provision in 1984 of two bulkheads between the roof pillars directly over the wheel centres. These were neccesary because it had been noticed that the roof was beginning to sway when the car was in motion. The bulkheads have provided added strength to the car and the roof now stays in place! The two pictures show Car 10 in various stages of the 1963 yellow and brown livery. The enhanced lettering on the right hand picture, taken four years after the other certainly adds to the attractiveness of the car. 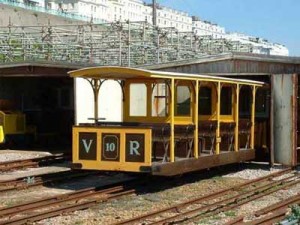 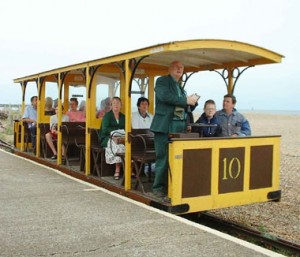 In 2016 the car was tansported to Alan Keef as part of the Heritage lottery funded restoration of Cars 4, 6 and 10. It resulted in a wheels upwards rebuild but Car 10 is now operational in ex-works condition. It can run either as a single or as a pair with Car 6.